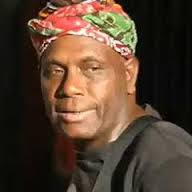 In 1961 the Netherlands set up a parliament in the colony of Netherlands New Guinea, responsible for preparing the territory for independence by the end of ten years. One thing the council approved was a national anthem to be used, “Hai Tanahku Papua”, which had been written by a Dutch missionary back in the 1930s, and the anthem was officially used in the territory until the territory fell under Indonesian government control in 1963. From that time on, performance of the anthem and presenting other national symbols of West Papua in the Indonesian-controlled province became illegal. The national symbols, including the anthem, are still used by West Papua independence activists both inside West Papua and throughout the world.


The West Papuan people have been living under a regime of Indonesian oppression and genocide for more than 50 years, and it is only now that the world is taking notice.  Social media has played a big part in the West Papua awareness and also to singers like George Telek, a legendary singer from Papua New Guinea.

Pilimo means my homeland, a community where Papuan people get together, share ideas and encourage one another. Then the Indonesia army came and burned it down, and all elderly people were killed by them. Now we are left with young people reminiscing what we have lost.
Recorded 2012

Oh the land of West Papua, so beautiful and I

admired so sweet land. The shining of land

Feeling demoralize my tears fall down and

feeling brokenhearted. When will the end be

to stop the suffering? Oh the birds of

Paradise, let your wings fly and fly me away

from this situation. Because I dont want see my

Oh Lord I lift up Papua into your hands.