Yes, the Cry of the West Papuans and their Silence will be heard throughout the world!

Posted by Free West Papua Party at 02:54 No comments: 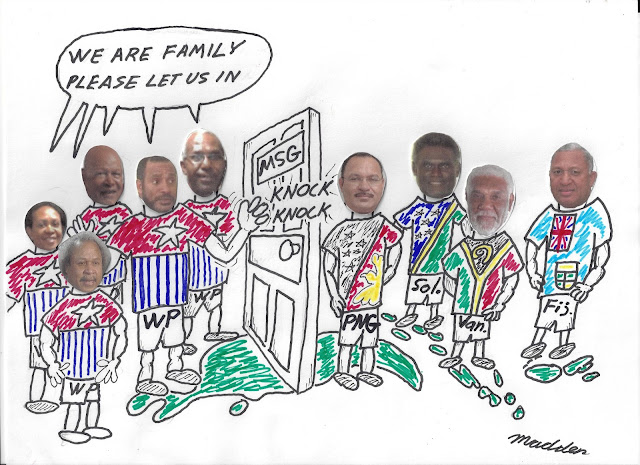 To All West Papua Supporters,

Full membership is seen as a stepping stone to West Papua once again being an independent nation like they were briefly back in 1961 when Australia was asked to support Indonesia's invasion.


Leaders in Vanuatu are greatly assisting West Papua's full membership bid and have asked all support groups to petition the MSG. The FWPP has been asked to draft a letter (petition) and have our leaders sign it and send it to Peter Ranbel Simon, an executive member of the Vanuatu West Papua Association Committee, which we have done.


Please read the FWPP Letter of Petition for your attention.

The MSG Leaders Meeting has been scheduled from 3-6 May 2016. The date line to submit our petition with all your signatures is mid April 2016.

Posted by Free West Papua Party at 06:28 No comments:

Hey everyone who watches this video created by Craig Moore, I hope you are moved to support West Papua's cry for their independence and freedom which you and I sometimes took for granted!

West Papua is the western part of New Guinea island and just 200km from Australia.http://freewestpapuaperthaustralia.blogspot.com.au/p/west-p…

Please take a moment of your precious time to view this video!

Please share with your friends on FB, emails and any social media you can get hold of.

Thank you so much.

Posted by Free West Papua Party at 00:59 No comments:

Another Attack by University of Sydney Associates 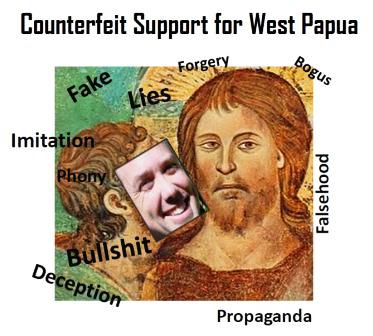 Just in case you missed it, below is a link to another attack on the FWPP (look for the section entitled: "Reclaim Australia and the Free West Papua Party").

The whole article is pretty tough to read and you might suffer from mental indigestion after reading it.  In particular, I had a giggle to myself when the article described the "Australia-West Papua solidarity movement" as usually "progressive".  I wish I could be called "progressive" but apparently I'm not.  That's because the term 'progressive' has been hijacked by a faction of the political Left.  To be "progressive" you need to have the following characteristics:

These 'progressive' people behave very tribally and you're obliged to attack those who aren't 'progressive'.  If a "progressive" person has a friend who is a member of the FWPP then that person risks being excommunicated. I suggest that whenever you see the Left describing themselves as 'progressive' that you substitute the word: 'regressive' or 'possessive'.

Another undertone of the article is that you are droned into believing that West Papua cannot be freed easily and the process has to go on for what seems like forever.  You're not allowed to suggest that a change of government at the next election could solve the problem.

The article has been compiled by one of the usual suspects from the University of Sydney (U of S).  These people are supported by the Australian Government and the Australian Government has no desire to free West Papua.  It is the opinion of the FWPP that the government is using the universities of Australia to control the WP movement and in particular neutralise as many well meaning WP supporters as possible.
Key evidence that supports this is that some of those associated with the U of S have been associated with the WP movement for over 20 years and during this time they have been able to keep support for West Papua to below 10% of Australians.  The other notable fact is that during this time the movement has basically had zero lasting impact on the Australian Government and the movement is still at square one where it is trying to dialogue with the government.

Another example, is where the University of Western Australia gave SBY and honorary doctorate instead of exposing him for genocide.

The FWPP estimates that for the Australian Government to support West Papua's freedom some critical mass of 30% of Australians need to be informed and want WP free. But the U of S has been able to keep that awareness down to about 10%.  Reclaim Australia represents views that are similar to possibly over 40% of Australians.  If the WP movement was willing to put down their prejudices and work with Reclaim Australia then the Australian Government could finally be influenced to support West Papua's freedom.  But our U of S academics are refusing to let this happen.

So what has to happen for over 30% of the Australians to be informed and supportive of West Papua?

Please note that FWPP stands for the following:

For a complete list of what the FWPP stands for please view the FWPP Manifesto.

Posted by Free West Papua Party at 09:51 No comments: